A question that comes up time and again is, “What differentiates drama therapy from psychotherapy?”

As someone with a background and training in theatre, drama, and performance studies, this question is a frequent source of confusion and frustration. Because the answer appears so self-evident to me.

After a recent conversation with a colleague, I realized that this question has deeper roots.

This question illustrates the depth of harm caused by the American public education system and its systemic erasure and lack of support for arts education for the past several decades.

I don’t think it is a mistake that the clients who seek me out are often working as professional artists. Or else have fond memories of participation in drama or acting clubs in high school.

Theatre often becomes a home for marginalized individuals, including the LGBTQ community. Or those who might have difficulty forming social relationships with peers due to neurodivergence.

Prior experience with drama or dramatic forms or techniques is not necessary to engage in drama therapy.

It makes sense, however, that those with lived experience of how the arts can be therapeutic would want to seek it out. Drama therapy privileges a lot of the ways they are already engaging in self care and emotional regulation. And can expand their ability to use the arts for coping with trauma triggers, anxiety, and depression.

My training and experience as an actor heavily influences my theory and practice as a drama therapist.

I realized, those who have not dedicated their lives to the arts might have no idea the rich history of techniques, practices, and methodologies which inform our training and education. They are unaware of how theatre artists have passed down embodied knowledge and practices over centuries.

To be an actor is to be able to enter into the depths of human suffering and emerge unscathed. An actor must be able to mine ones own trauma history to gain empathy for the experience of another, without activating trauma triggers.

It requires a strong and consistent practice of mindfulness and self-care. One needs to be able to set their own stressors and struggles to be fully present in the moment.

Acting requires being able to act and react authentically. And gaining extreme competence in moving between a variety of emotional states quickly.

To be an actor requires intense emotional intelligence, empathy, and emotional regulation skills.

Then, there is the facilitation of play rehearsals.

Being a director requires extreme competence in group dynamics. Directors need the ability to bring together diverse perspectives and unite a group towards a common vision and goal.

Rehearsing a play requires intense vulnerability to engage fully in a creative process. Which requires building intense amounts of trust and safety between cast and crew members. Plus the ability to resolve conflicts quickly and in such a way as to not split the group, or cause anyone to want to leave.

The Value of Arts Education

I think the amount of skill and technique required to put on a theatrical performance is rendered invisible. As a result, it is not taken seriously. Although the arts have been turned into a profession, it is possible many people still don’t see acting or directing as “work.”

Theatre artists have often decades of lived experience cultivating a skill set strikingly similar to counselors or social workers. And many of these theatre artists, recognizing the therapeutic potential of dramatic processes, eventually develop an interest in psychology.

Yet, drama therapy is inherently interdisciplinary.

At its heart, Drama is the exploration of what it means to be human. Theatre artists have the ability to mine the heights (Comedy) and depths (Tragedy) of human experience, to see what we have to learn about ourselves and how we want to exist in the world.

Theatre artists have centuries of our own theories, methodologies, techniques, and practices to draw from. These practices help us build the capacity to engage in empathy, perspective taking, emotional regulation, mindfulness, stress management, and practicing new behavior patterns.

All without ever setting foot in a therapy office.

The Legacies of Drama Therapy and Psychotherapy

A drama therapist is not a psychotherapist. We are drawing from our own long lineage of theorists and mentors.

And that doesn’t even begin to speak to the foundational theorists of Drama Therapy itself as a field: J.L. Moreno, Jonathan Fox, David Read Johnson, Renee Emunah, Pam Dunne, Robert Landy, just to name a few. This article goes into some of the history and background of drama therapy, and I am in the process of doing a more extensive history of the field from a North American perspective.

The Value of Interdisciplinary Approaches

We lose a lot when an interdisciplinary approach to education is not valued.

There is much to be gained from exploring the overlap between a variety of disciplines.

It helps us cultivate a deeper and more nuanced understanding of what it means to be human.

Each field has its limitations. Interdisciplinary approaches can build on the strengths across disciplines in a new way.

Or allow space for new and creative insights to emerge.

So no, drama therapy isn’t psychotherapy.

It is, however, an indication that different pathways can lead to similar conclusions. These similarities point towards the necessity for interdisciplinary research and practice in the mental health field.

If you want to learn more about drama therapy, contact me! 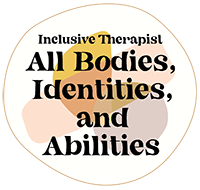